A collaboration with Xicha Brewing in Salem, Oregon

I first heard of Xicha Brewing through a video by Travel Oregon: Xicha Brewing Creates Community. When I watched it, unexpectantly brought me to tears. As a Mexican- American woman in craft beer -watching this video made me realize that deep down in that experience there was something I could vaguely describe as loneliness. I had never seen my culture represented so authentically and beautifully as Xicha has through its three pillars of passion;: comida (food), cerveza (beer) y cultura (culture). I immediately reached out to Ben Mendoza, one of the owners, to let him know how impactful it was to be introduced to their brewery and how it feels to not feel so alone as a Latina in beer.  That was the little seed towards this collaboration project.

During the pandemic isolation was everywhere, and amongst the brewing community we were definitely feeling the draw to collaborate and create projects with new friends. The crew at Xicha was excited to come together for a project even with the lock down and travel challenges. We just had to get creative and trust the process.

Together we decided on a beer style that originated in Brazil- the Catharina Guava Sour. I have had the opportunity to travel to Mexico as a beer judge for Copa Cerveza. In the 2019 competition we tasted a number of these tropical fruit sours and they were super inspirational. We brewed the first round and then got some kegs over to the Xicha crew. Head Brewer Matt Dakopolos made some key suggestions on the malt and overall flavor experience considering that Xicha never evaluates their beers in a vacuum of flavor and is is always with the pairing of food in mind. Robin Johnson, the Head Brewer of our Bend Pub and I are both foodies and were excited to get the juices flowing on ideas- but in the end, it will become another layer of the collaboration between Xicha’ s chef Ricardo Antuñez and our Pub Chef team,- Chad Berg in Bend and Jill Ramseier in PDX.

A couple more cross mountain trips kept the project moving and the introductions growing. On a sunny afternoon I got to finally experience the Xicha patio on a trip with my friend Gabriela. We toured the brewery and meet Margarita Antuñes, Xicha’ s business manager who also makes killer margaritas; as well as Ricardo and his kids. To fully experience Xicha- you have to go and get food on their patio, with the Latin music playing and the community coming together.

Indeed, I am double handling some tasters, they were amazing hosts. 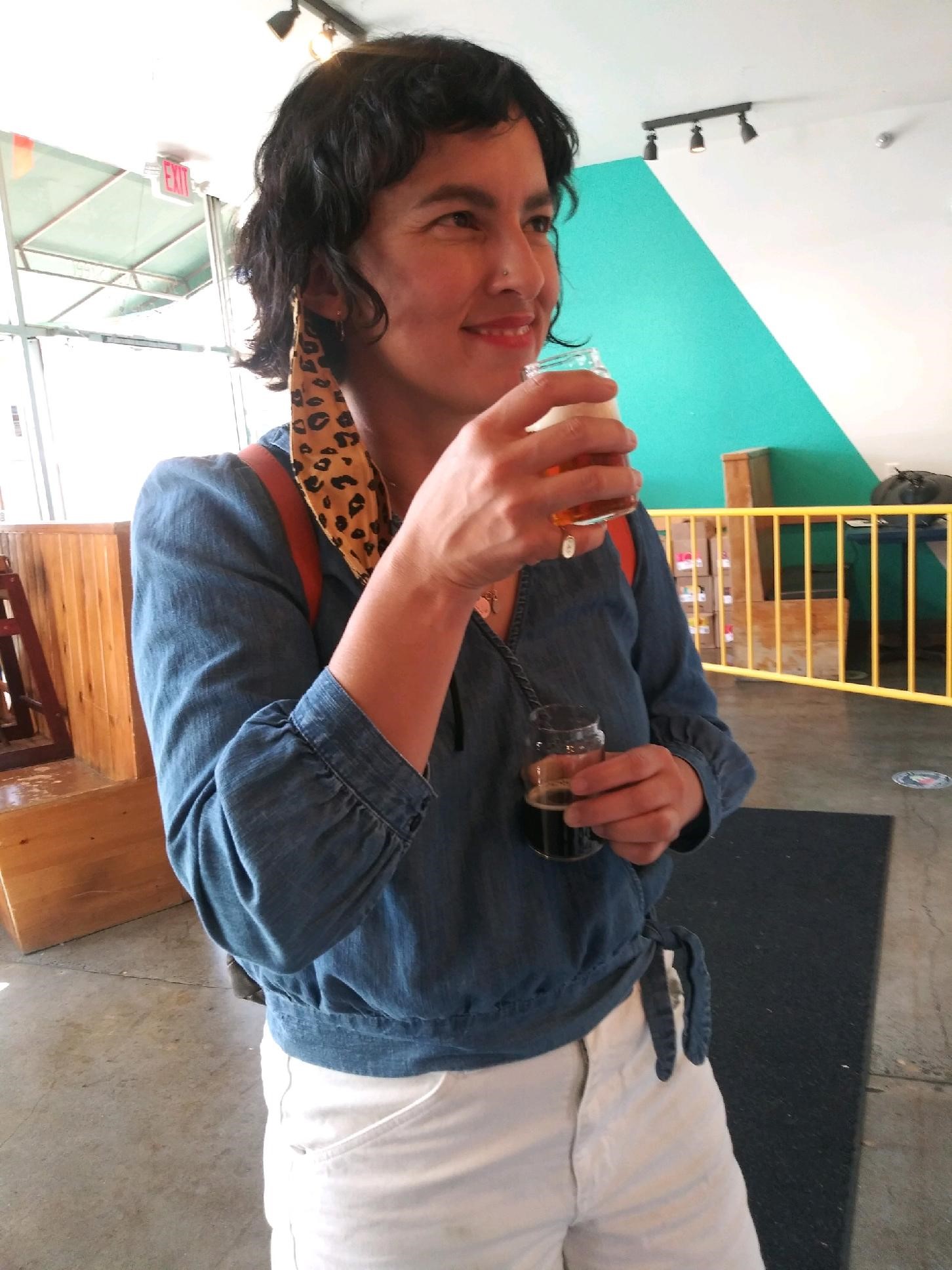 We brewed the beer on our 50-barrel JV brewhouse. We selected a Kviek yeast strain which amplifies the tropical notes in a hot and fast fermentation. We then added guava and paired that with Oregon raspberries from Oregon Fruit Products.

Xicha will be brewing their version of the collab on draft, and we will be selling cans at both locations. Be sure to check out our chef specials and come down to see us to fully experience the pairings. You can also order beer online to ship to OR residents.

¡Muchísimas Gracias! to the crew at Xicha for coming together for this project. It was a bright spot in the past year for me personally and I hope everyone enjoys the beer.